Archetypes: what are them? 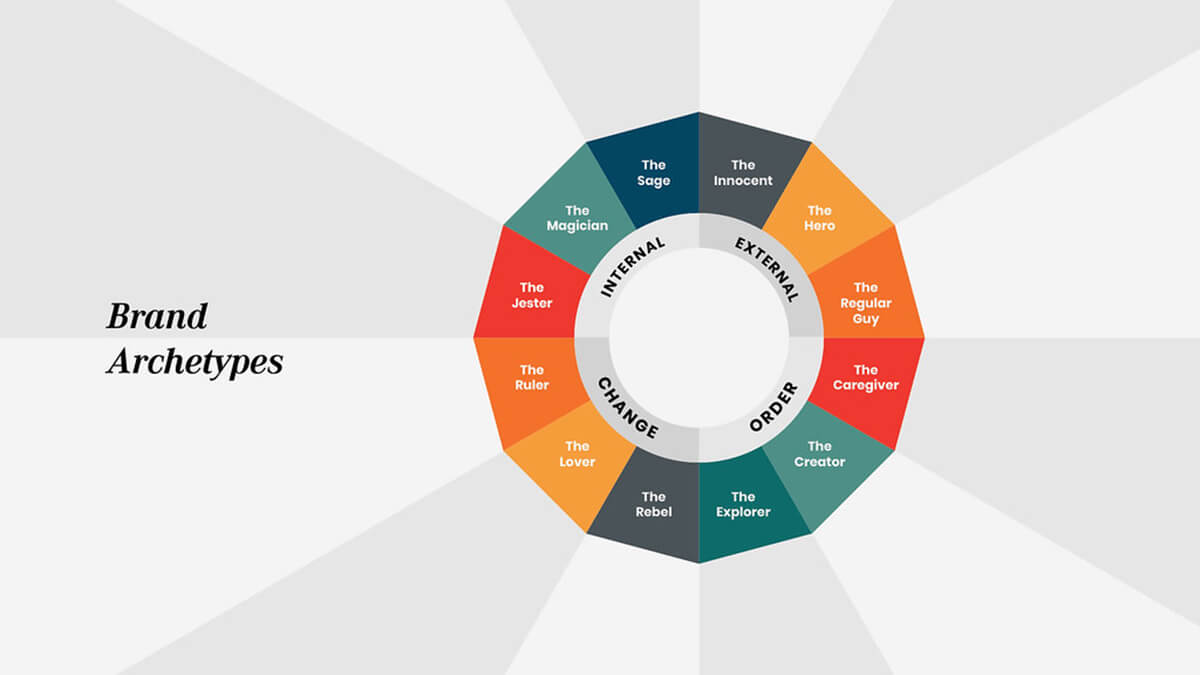 Archetypes: what are them?

Carl Gustav Jung, a Swiss psychoanalyst and philosopher, discovered that human beings assign a certain characterization to their unconscious. This characterization is called an archetype and is a universal basic scheme that connects the individual to the collective unconscious on an emotional level.

Archetypes have long occupied a fundamental space in the world of communication because they constitute a shared and unconscious way of understanding concepts. We could define them as a kind of dictionary of reality, which helps people to read it in all its nuances.

Such characterizations can be of considerable help in the brand analysis and development: using them allows them to build a bridge of understanding between the brand and its audience.

Jung has identified 12 archetypes that are linked to four human urges: security, self-sufficiency, change, and belonging. Now we will see them one by one, identifying their main traits.

They’re empathetic and always put themselves in a position of availability towards others. They want to give security, and continuity, fighting feelings such as selfishness and ingratitude.

They have a lot of self-esteem and believes deeply in his chance of success. They love order, clarity, and above all power.

They have a lot of imagination, and believe that nothing is impossible. They aim for innovation, for the realization of their dreams, and they don’t tolerate mediocre results.

They think that everyone is unique and inimitable and that a perfect world can be achieved. They have a rather naive and ethical outlook, and they can’t stand the idea that they have done something wrong.

Use intelligence to translate reality logically. They believe in truth and hate lies and ignorance. They think rationally, looks at details, and are very thoughtful.

Consider reality in its entirety, without setting limits or inhibitions. They eschew conformism, love freedom and novelty.

They act with courage and demonstrate their value with risky actions. They stand above normality as if they were the protagonist of an epic poem. They repudiate weakness, contrasting it with a strong and reassuring attitude.

They think the world needs to be transformed, one dream at a time. They act like a real magician who knows the laws that govern the universe and make a wise use of them. Their best quality is genius, which distinguishes them from all the others.

They don’t like rules, they prefer to act on instinct and their sense of justice. They take the side of the weak, to defeat the powerful. They are a free, unconventional spirit.

They believe in a fair world, in which we are all equal and with the same rights. They don’t go outside the box, they feel comfortable with their routine and normality. They base their existence on concreteness.

They are afraid of boredom and try every trick to lighten the situation, making it fun. They joke and play all the time, believing that life is one and must be lived to the full.

They sensually express themselves, involving the listener emotionally. They want to please others and aim to become more and more attractive, a real temptation for the eyes.

Now, how to use these figures to tell a brand? They determine the tone of voice.

You can say the same thing in different ways, depending on the archetype used. And it is precisely this choice that will determine the public’s perception of the brand: the method of communication will alter the psychological approach of the end-consumer. In other words, Apple – which uses the archetype of the Magician – will assume an aura of mystery and genius in the common perception.

Choosing the archetype is at the basis of the creation of a brand because it determines the voice that will be divulged through digital and traditional means.

An example? Let’s try to imagine having to advertise a brand that makes jogging shoes. The plus product lies in the memory foam inserted inside the sole. If we choose the archetype of the Caregiver, the communication claim could go in this direction: ‘We take care of your back starting from the foot’. In the case of the Explorer, we could say: ‘A protected foot gives infinite horizons’.

And now, all you have to do is choosing the ideal archetype for you. If you want to discover the next step, how to create a story around your brand, read our Storytelling article.